Mae Fah Luang University would like to congratulate Mr. Jirativat Nanthachan, a student from the Applied Chemistry programme, the School of Science for wining a Bronze Prize in the Young Rising Stars of Science Award 2020 at Ramkhamhaeng University, Bangkok on 5-7 October 2020.

The bronze prize was awarded for the recognition of his excellent senior project “Chalcones and flavonoids from the twig extract of Pongamia pinnata” which was supervised by Assoc. Prof. Dr.Surat Laphookhieo.

The Young Rising Stars of Science Award 2020 was held as a part of the 46th International Congress on Science, Technology and Technology-based Innovation (STT46). It aimed to bring together the final year undergraduate students who have performed the most outstanding research projects in each science and science-related curricula of all universities in Thailand to share and exchange their projects.

The International Congress on Science, Technology and Technology- based Innovation (STT), originally named “the Congress on Science and Technology of Thailand” is one of the largest annual national scientific meetings for national and international scientists and technologists and it emphasizes the development of young Thai scientists from various fields of science and technology. This year, it was held under the theme of "Power of Science to Achieve SDGs” by the Science Society of Thailand under The Patronage of His Majesty the King in Association with Faculty of Science, Ramkhamhaeng University. 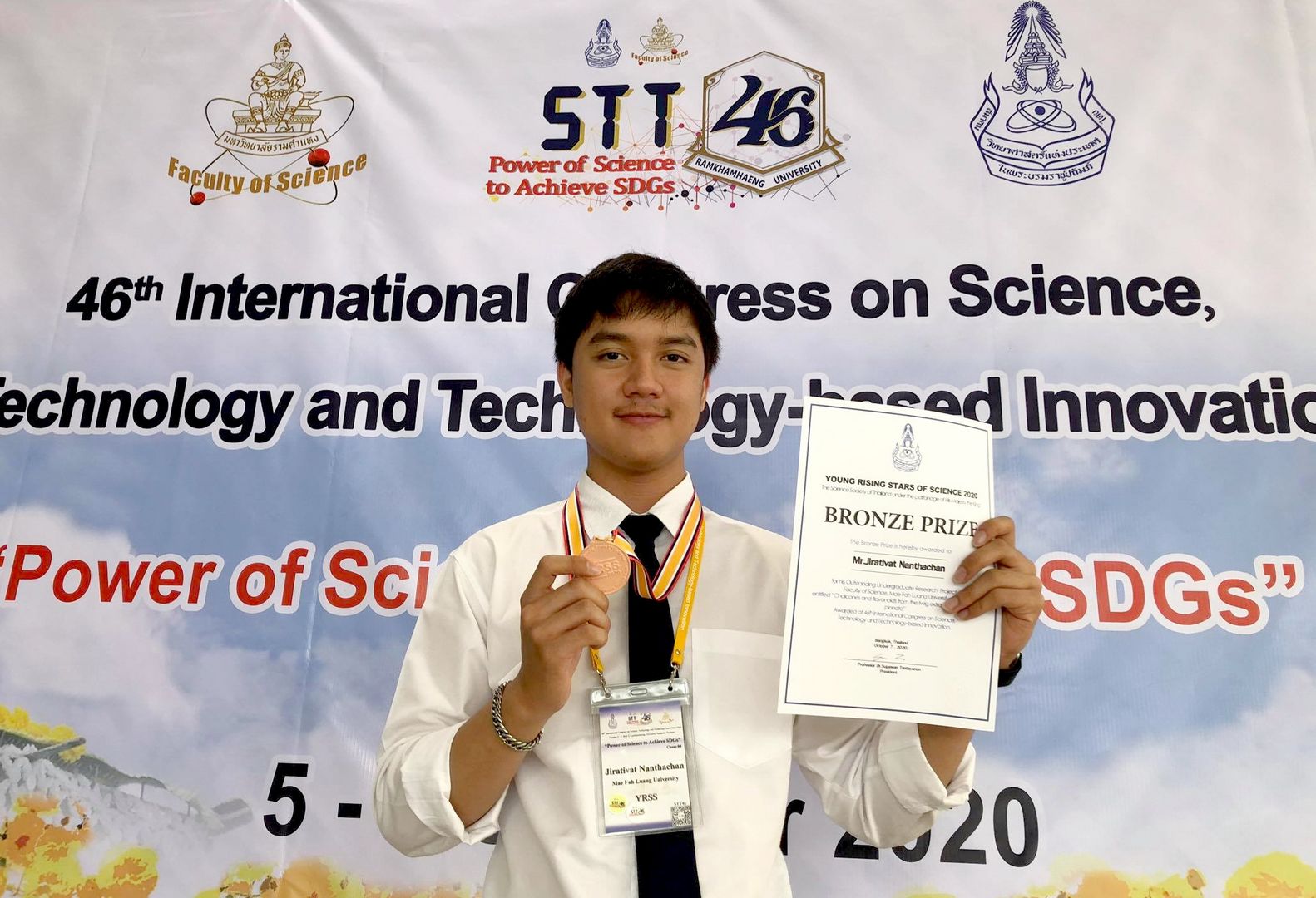