MFU would like to congratulate Emeritus Professor Dr. Kevin David Hyde and Dr. Ruvishika S. Jayawardena who  were named as highly cited researchers for their exceptional performance in the plant and animal science category in the 2020  Highly Cited Researchers List produced by Clarivate Analytics.

Sorting by country, Mae Fah Luang University had two out of nine researchersfrom Thailandon the list. All researchers were considered influential researchers as shown by their work having earned distinction by being the most active, visible, and meaningful research in their specialty area in plant and animal science.

All in all, the production of multiple top 1% papers shows MFU’s full intention to support the study of plant and animal science and its determination to become a leading research centre in Thailand, Asia and the world.

Highly Cited Researchers is an annual list recognising leading researchers in the sciences and social sciences from around the world. The list features more than 6,400 researchers in 21 fields (some 3,900 in specific fields and about 2,500 for cross-field performance), whoproduced a remarkable number of highly published and cited papers in the Web of Science Core Collection™ during 2009-2019.  Highly cited papers are defined as those that rank in the top 1% by citations for field and publication year. The citation analysis was determined by the extent to which their papers have supported, influenced, inspired and challenged other researchers around the globe.

The 2020Highly Cited Researchers list can be seen at https://recognition.webofscience.com/awards/highly-cited/2020/ 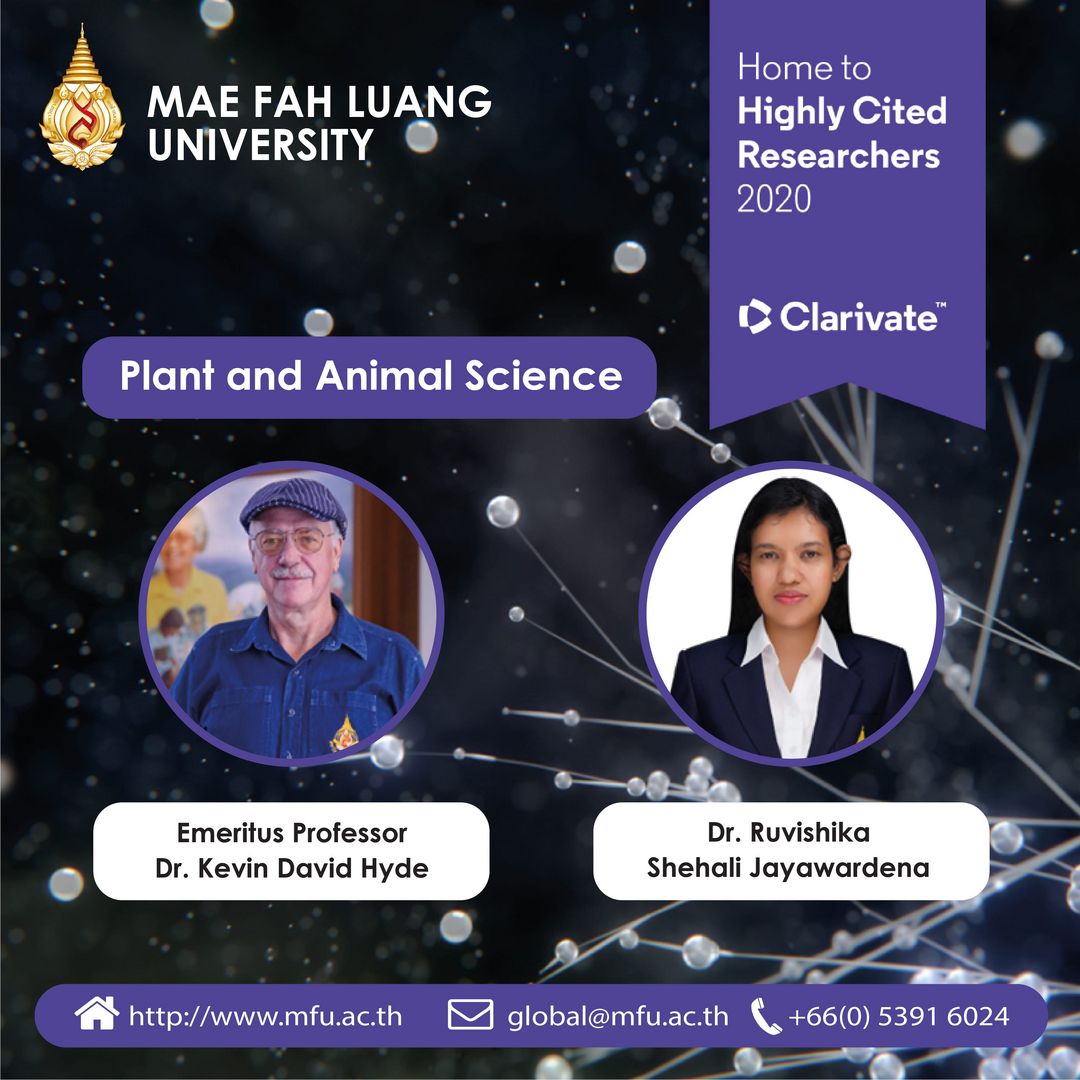